has made the most of the lockdown period. He’s been working on multiple projects out of his Khandala house far from Mumbai city. Sanjay, who has had several hits to his credit, is known for his unique aesthetics and style when it comes to filmmaking. His next offering ‘Mumbai Saga’ stars his favourite actors

. Besides this he’s also working on the script of the next film in the ‘Shootout’ series and also writing a vigilante superhero film called ‘Rakshak’.

Watch the video below: 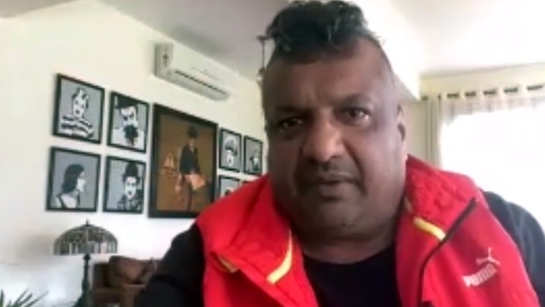 In an exclusive chat with ETimes, Sanjay spoke on multiple topics, from his take on the

death case, the accusation that his film ‘

film ‘Reservoir Dogs’ and much more. Here are excerpts from the chat:

Sushant was a star! He wasn’t some ladder climbing actor

They welcomed me. I am also an outsider, I don’t have a family in the business. They have just made too much of an issue of this insider-outsider thing which is complete nonsense. It has been welcoming and there have hardly been any instances where everyone has ganged up and said let’s teach this guy a lesson or make him sit at home. Nobody does that. Right up to his death, may God bless his soul but he was getting film offers but he was not doing it and that was his choice. It was not that he was shunned. He was a star. Sushant Singh Rajput was not someone, who was climbing the ladder actor, he could sell films on his name. He was a bankable star but what has happened is truly disgusting. Leave the boy and his family alone. We don’t need that spectacle on national television every day and you are right, there’s someone new coming out every day and discussing new. Who are these people and how do they matter? Where were they when Sushant was there and now they are coming out and speaking. Everyone’s looking at it from their point of view, their own perspective and how does it benefit their perspective. I don’t think, it’s out of any love for Sushant that they are coming forward and giving their views. Everyone’s washing their hands in it.

Tarantino has confessed that ‘Kaante’ is better than ‘Reservoir Dogs’ !

As a matter of fact, Kaante was inspired by Reservoir Dogs but Tarantino has himself confessed that it’s a much better version than Reservoir Dogs. To confess one thing, I still haven’t seen the whole of Reservoir Dogs. Every time I used to watch it, I used to get bored as they were just talking and back then they didn’t even have subtitles in the film so I ever really enjoyed it. But I liked the idea that there are these 6 guys, who come together in a foreign country and they plot a perfect heist which is successful but the undoing becomes when one of them turns out to be a cop. This concept itself is not from Reservoir Dogs but from a Hong Kong film called City on fire, where a jewellery store robbery takes place and then come back in an apartment and then out there they release that one of them is a cop.

When Reservoir Dogs came out, there was a documentary that came out in the same year by a film student which was called ‘Whom are you trying to fool Mr

Groundwork in China for virus origin probe complete, says WHO

Bank of Baroda: What should investors do after Q1: buy, sell...

England squad: Has Gareth Southgate made the right decisions?

Govt warns against use of N-95 masks with valved respirators