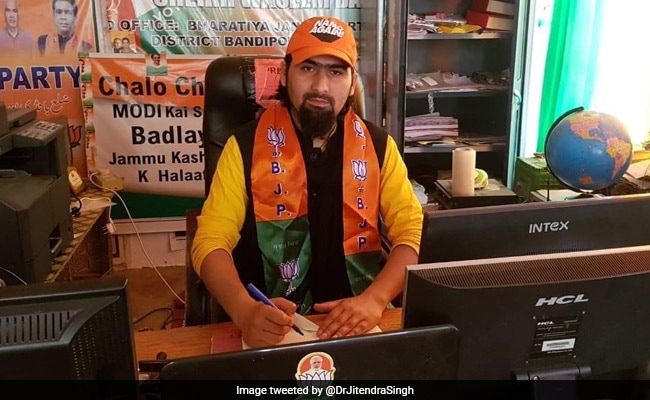 Jammu and Kashmir BJP leader Sheikh Wasim, his father and brother were killed by terrorists late Wednesday night in the union territory’s Bandipore district. J&K Police said Mr Wasim, and his family, were attacked while sitting outside a shop and suffered injuries.

They were rushed to hospital, where they were pronounced dead.

“Terrorists fired on BJP worker Wasim Bari at Bandipora. During indiscriminate firing Wasim Bari, his father Bashir Ahmad and brother Umer Bashir got injured and shifted to hospital, but all three succumbed to their injuries,” J&K Police tweeted.

J&K Police DGP Dilbag Singh was quoted by news agency ANI as saying the family had an eight-member security attachment but “unfortunately, none of them was kept at the time of the incident”.

Personal security officers (PSOs) detailed to guard Mr Wasim and his family will be arrested for dereliction of duty, officials said.

Senior BJP leader Ram Madhav said he was shocked by the killing.

“Shocked and saddened by the killing of young BJP leader Wasim Bari and his brother by terrorists in Bandipora. This despite 8 security commandos

Google to invest $10 billion in India